This selection of works from AMoA’s permanent collection represents the later years of Theo Tobiasse’s prolific and innovative career. As a teenager living in Paris, Tobiasse and his family were forced into hiding during the city’s Nazi occupation from 1942 – 1944. Tobiasse’s work — influenced by surrealism, expressionism and modern primitivism — explores themes of mythology, biblical stories, exile and his own past. All of these elements combined to present rich metaphors for the 20th century. His mix of techniques and mediums brings a richness and colorful emotional quality to these later works.

AMoA presents this exhibition as part of our nation’s April 2014 Days of Remembrance Commemoration of the Holocaust, and in conjunction with our own community’s Holocaust observance activities. Theo Tobiasse spent two terrifying years in hiding with his family in Paris during his teenage years. He spent most of his time reading and drawing. After the war, armed with a portfolio of drawings, he began his artistic career as a graphic designer and painted at night. By 1969 he was able to devote all of his time to painting. The works in this exhibition are Carborundums, Aquatints and Lithographs from the 1980s.

Posted in Past Exhibitions 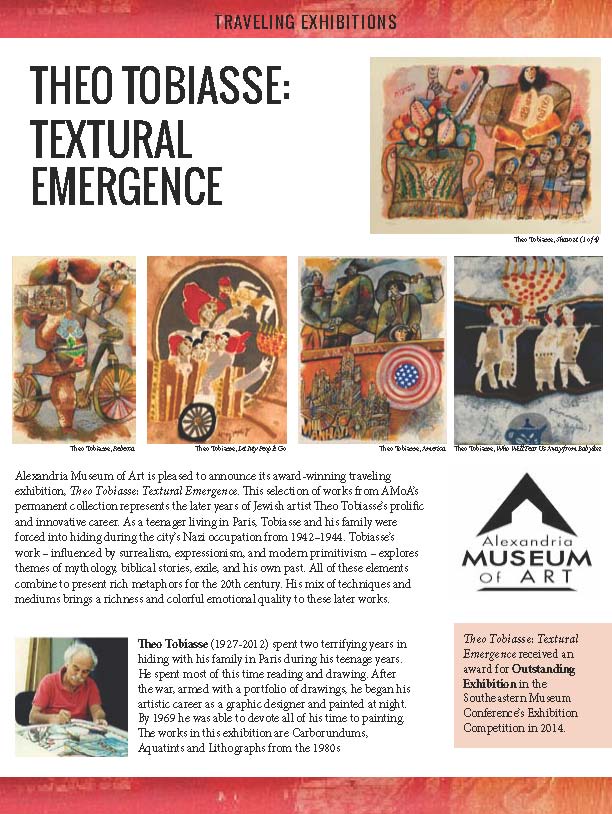 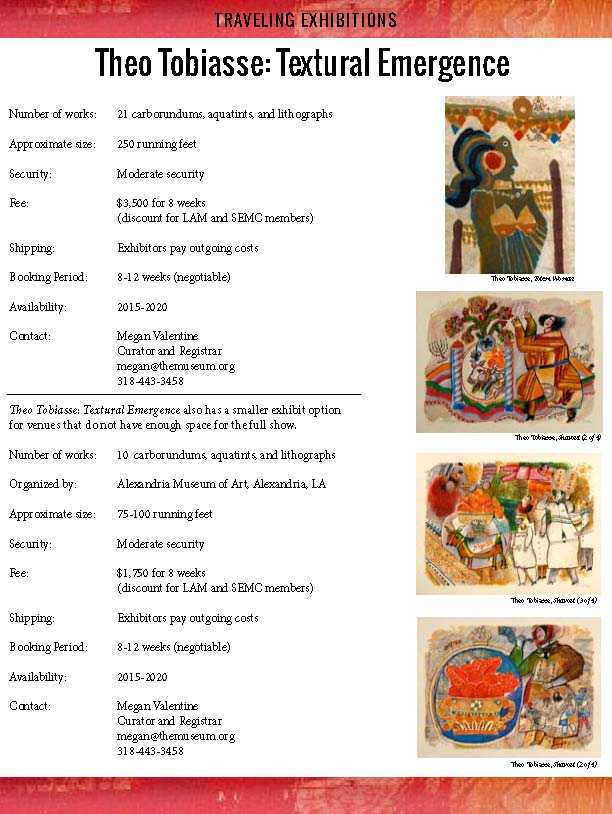